Pretty much everyone, who is tech inclined, blocks their ads nowadays. But what if you could block all the ads on all the browsers on your whole internal network? Including those pesky mobile phones? Enter: pi-hole! Pi-hole works as a DNS server, blocking all pesky DNS queries to URLs that smell like advertisements. With the containerized version of pi-hole you are not only restricted to RPis, but you can run the setup just about everywhere you can run a container in.

I’ve used Pi-hole for some time in my network, running on a Raspberry Pi 3. For a small afternoon project I wanted to put it on a container, for portability and just for the joy of tinkering. I’ll explain the process on this blog post.

My full configuration can be found from Gitlab.

and add it to the docker-user group to run docker without sudo:
sudo usermod -aG docker pi

aaand also docker compose, bc that’s what we are going to use:
sudo apt install docker-compose -y

Basically my edits to the original were:

to get your new service up and running.

The pi-hole docker -repo gives ready made recipes for automatically updating the ad sources once a week and flushing the logs:

and as in the dockerfile it’s defined --restart=unless-stopped the container should get up on boot and/or crashes. Magics!

Putting your new DNS server into use

By itself the pi-hole does absolutely nothing other than displays a nice UI.

You might want to start by setting one workstation/appliance to use your raspberry as your DNS server and watch the blocked sites number going up. Maybe even visit your most used sites to check if the pi-hole has any negative effects on them. Personally I’ve had to whitelist only crunchyroll which didn’t work with pi-hole, otherwise the effects have been only positive.

When you are ready, go to your router’s settings and define your pi-hole as your primary DNS server for network-wide ad-blocking. If you don’t want your whole network to go down if the pi-hole does, put some secondary DNS-server as a backup, such as 1.1.1.1 or your internet service provider’s one.

Setup-wise you are now done, your life should be (more) ad-free than earlier.

Every now and then there is a notification on the UI of components of pi-hole that need to be updated, and we should as it’s our NDS and we want it to behave nicely. As the setup is on a container, the update consists of replacing the image with a newer one.

RPis from B onwards support USB-boot meaning that you can ditch the most fragile part of your raspberry-setup, the SDHC card, and run the setup with some leftover SSD/HDD. I just happened to have one (actually 4) SSD lying around and I got a cheap USB-SATA-adapter off Amazon, which should have worked, but of course didn’t. It did work when mounting on up-and-running raspberry but didn’t work at all on boot.

What did work though was some WW2-era Lacie USB2-HDD, which I proceeded to gut and replace the old HDD with a bit newer SSD 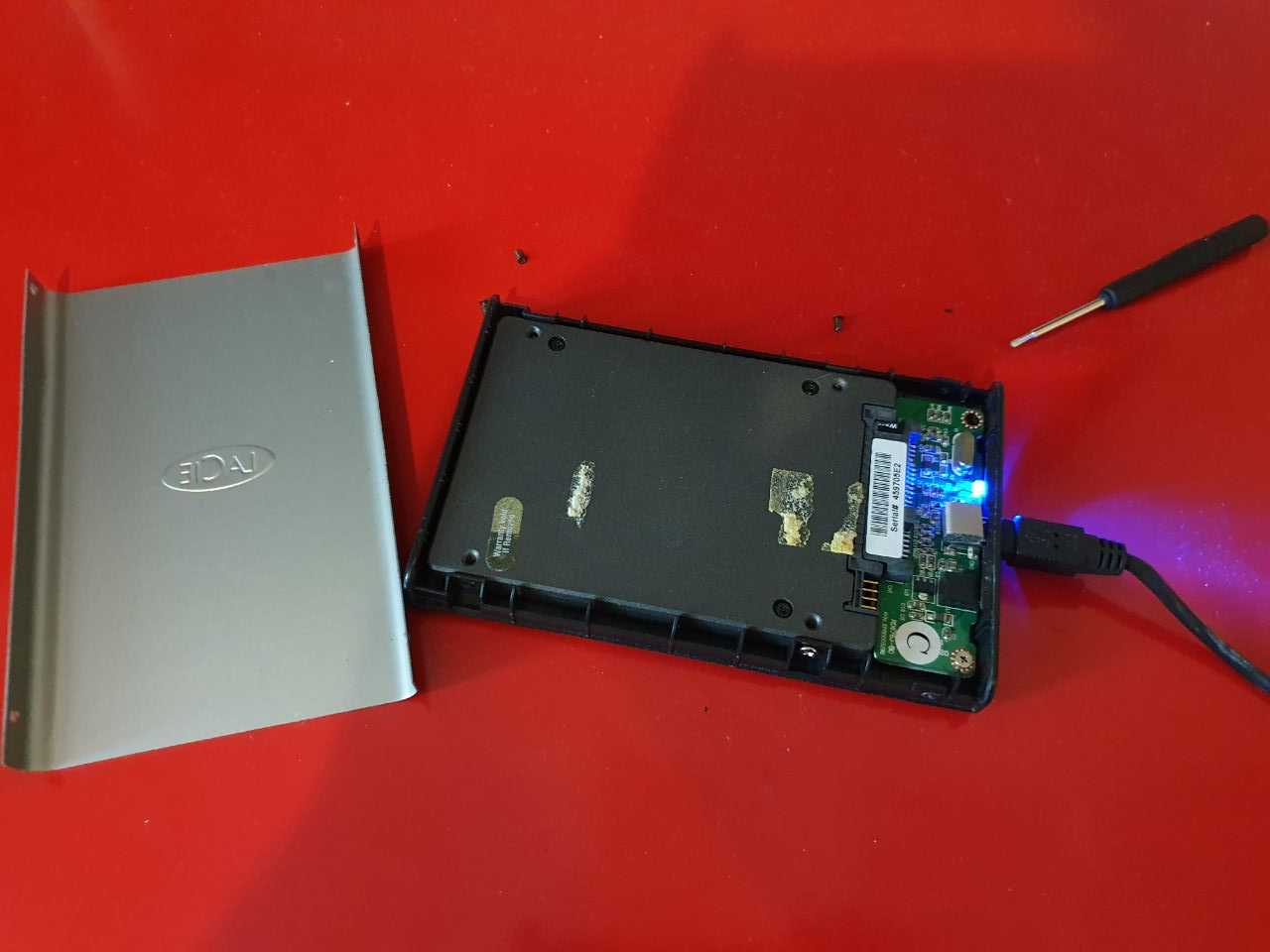 .. and it worked. And I was really surprised.

For the actual how-to on enabling the USB-boot just read the official documentation, it’s really good.

Wouldn’t it be really cool to know when your pi-hole would be ready for updates? With Windows 10 notifications & WSL?

Well, it totally felt good at the time.

where raspi is the name of my pi-hole raspberry

Note: do yourself a favor and create a new folder for your Custom Jobs so you can find them afterwards.

Things getting out of hand

At this point I decided that it would be really good if I could update my pi-hole automatically and get notifications of those actions on Telegram, instead of Windows, and it would be really beneficial to know if the pi-hole goes down at some point.

So I needed an infrastructure monitor on my LAN. And that’s the beef of my next blog post.